This was the day that I almost didn’t get married.

As if being a 33-year-old virgin isn’t enough to think about on your wedding day, little did I know that my world was about to be rocked – in more ways than I could ever imagine. I was already feeling kind of insecure, nervous, and frazzled. And that’s when I got a call from Jon.

It was a few hours before we were supposed to meet to take our wedding photos. My bridesmaids were just starting to come to my room to check on me, the photographer just arrived, and Jon called to tell me he wasn’t sure if he wanted to get married to me today…

In that moment, my whole world stopped, and I knew that one way or another, this day would change my life forever…

He told me that he would know when He saw me… No pressure.

He told me that he had been up all night praying and asking God if this was the right thing. He was so concerned about his boys and about helping them grow and heal from the loss of their mom, that he still wrestled with the idea of bringing someone new into their family. To this day, I’m not sure why, but Jon had been counseled by one of his former pastors not to remarry until the boys were out of high school, that would have meant waiting until 2020. Our wedding date was scheduled for November 9, 2012.

The week before our wedding, that same pastor told Jon he couldn’t co-perform our wedding ceremony, and in fact, he was so convinced that Jon should wait to get married, that he said he wouldn’t even come to our wedding.

Why was this pastor so concerned about us getting married? He said if Jon didn’t feel the same way about me as he did his first wife, then he shouldn’t marry me. But guess what, I was not his first wife, and the situation was totally different. When Jon and his first wife, Jeseca, got married, they were young with no cares in the world. Now, Jon and his two boys had lost someone very special, and they were trying to navigate loving again and the implications of it all. It had been 5 years since his wife had passed, but the pain and the hole she left was still so real to all of them…

I only told my mom about my phone call with Jon, no one else knew. I didn’t know how to tell anyone that we might not have a wedding today…

When three o’clock rolled around and the photographer took me to a waiting room at the top of the hotel, I sat there wondering what would happen.

The other photographer arrived with Jon and I could hear them talking. They wanted to photograph Jon before they shot us together.

Finally when it was my time to go to the top of the roof to join Jon, I mustered all my courage and prayed. I prayed so hard. For three years now, I just knew that Jon was the one, but I could have been wrong. Really wrong. I was about to find out.

I walked up to Jon, his back was towards me, and I tapped him on his shoulder. He turned around and immediately I saw tears in his eyes and my heart just dropped. He was about to break my heart, so I braced myself for the news.

He leaned in to kiss me, and although I was confused, I kissed him back. I could hear the photographers in the background saying, “This is so perfect.” They had no idea what was going on, or that there might not be a wedding to shoot later.

After we kissed, I had to ask the question. I just had to know; were we getting married today or not? If not, I didn’t want this break up to last a long time, I knew I couldn’t take it.

“So, what have you decided?” I asked. “Are we getting married today or not?”

I was trying my best not to cry, I didn’t want my makeup to smear. He gently pulled me towards him and whispered, “Yes, we’re getting married today.”

I couldn’t help it, I started crying and he wiped my tears away although he had tears of his own. I don’t know how long we kissed, but it was such a whirlwind in my mind.

We took our photos then met up with the rest of the wedding party for those photos, as well. 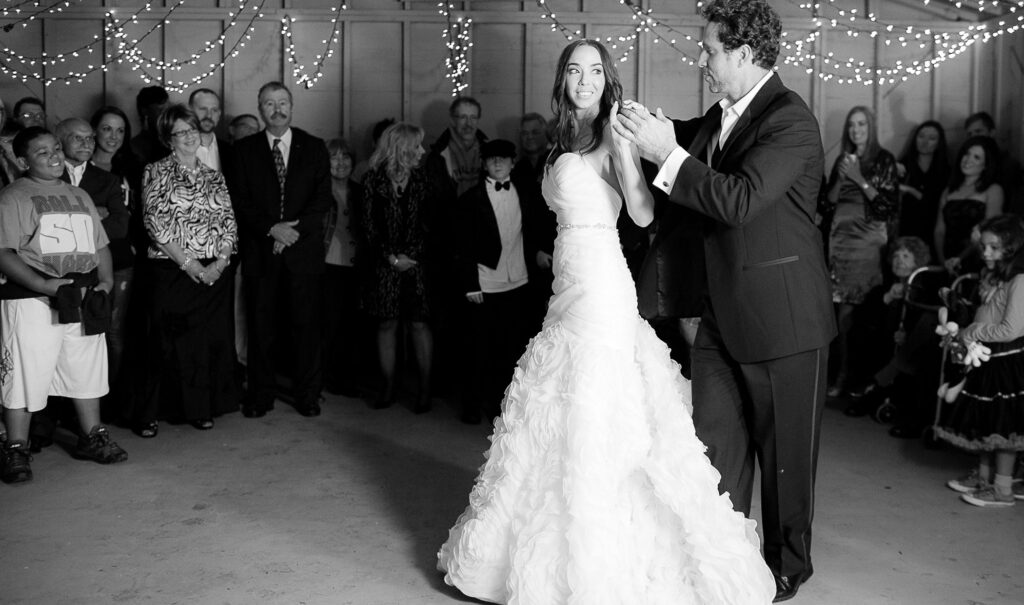 The day was a blur, and things didn’t go like I wanted. The wedding almost got canceled, wedding signs and decor didn’t get up, it was abnormally cold, and ended up raining on our outdoor reception. I think I only danced to one song, and we didn’t get most of the photos we had hoped to get, but WE GOT MARRIED.

We got married. That’s all that really matters, right?

I could say so much more about our honeymoon, and life after, but I will share those another day. I am just so thankful to have married this man and his two sons. Our life together just keeps getting better and better.

Thanks for following along on our journey, and I can’t wait to share more soon.

My Top 3 Tips on How to Date Your Spouse (Again)

If you want to take the guesswork and hassle out of shopping for everyday moments and experiences so you can focus on the fun and beautiful things in your life, you're in the right place. Sign up below to get exclusive access to all of my favorite things, special deals, and incredible finds to spruce up your wardrobe, home, office, and more!